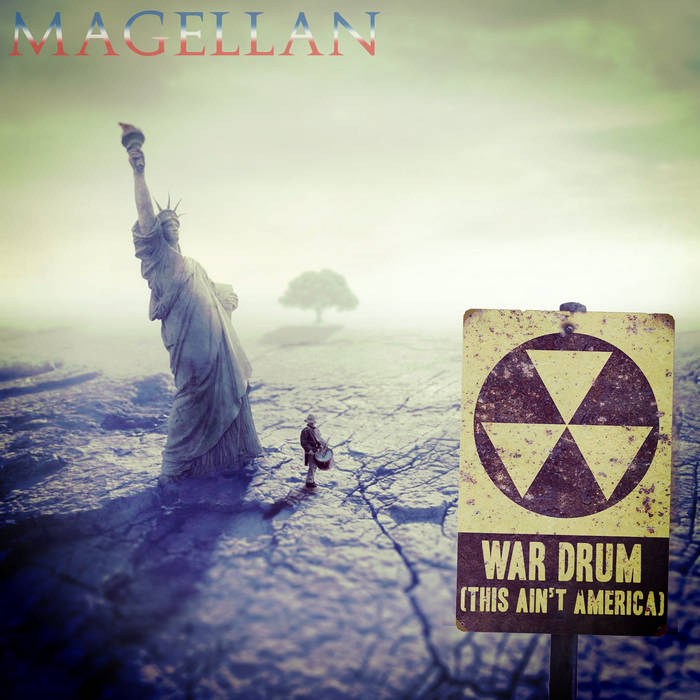 Magellan’s hard-rocking single “War Drum (This Ain’t America) is a fill-the-streets rock anthem for those weary of being fed the “daily spin of the constitution” served up via 24/7 media. From the opening lyrics (“Camouflaged in the red, white & blue”) you know this song carries a warning… and a responsibility.

Camouflaged in the red, white & blue
an American son
hear the steady rhythms of the ancients
like a primal rerun

“he was a good boy”
he turned out right
but he’s digging us deep in a bottomless pit.

“Cry Havoc!” (for the casualties)
“and let slip the dogs of war” (that’s Shakespeare)

from the pharaoh to the marrow
give me straight and narrow
hey – hear the beating of the war drum
hear it beating now?

beating of the war drum
and it’s all drawn out
breeding the battleground (now come on)
a holy war hell bound (this ain’t America)
from the pharaoh to the marrow
give me straight and narrow
come on -this ain’t America…no, no. no…