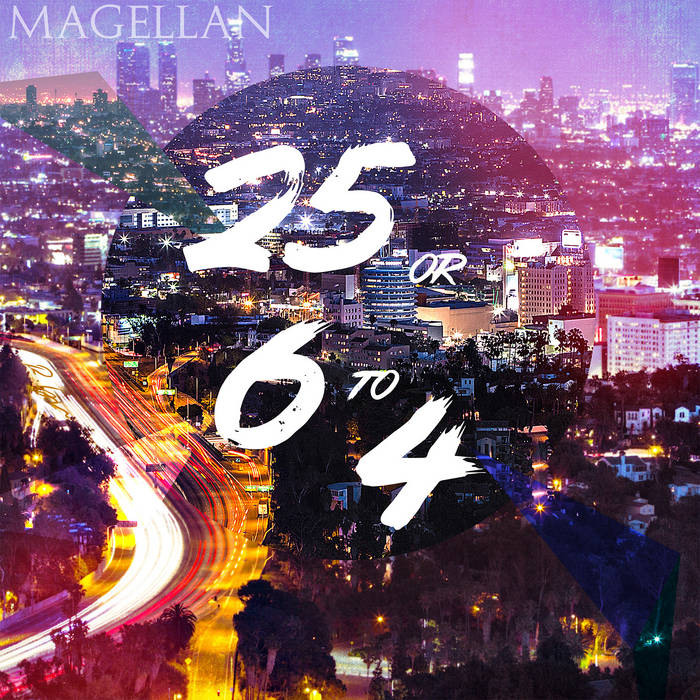 When I think of Chicago II, I am still blown away. Songs like "Movin' In","Poem for the People","In the Country" & "Ballet For A Girl In Buchannon" just plain kick ass.

In 1975, I managed to get my hands on some of the old scores from the first 3 albums -with all the parts broken out. I marveled at the song structure and spent countless hours trying to learn every part for every instrument. That led to an epiphany for me...it was the WAY the parts related to each other that made it uniquely Chicago. One of those songs, 25 or 6 to 4, was the first piece I ever figured out.

Since I can only do one Chicago cover for various reasons now, this HAD to be the one! I don't believe in doing "sound alikes", going for an emulation of the original. I approached 25 like this...If Magellan was going to play this, how would I do it live? That's it. Its considerably different - and may take a few listens to get oriented.

Anyway, I am equally blown away that years later, the composer, Robert Lamm would become an amazing mentor and supporter of Magellan... talk about being really glad I bought Chicago II on vinyl with my paper route money... Nice investment!

Having tried various sampling and other time stretching techniques, it was clear the original guitar lead would not easily work.

First, Chicago recorded those classics without a click/tempo track. The ebb and flow of time was a big part of the magic. However, when trying to make this production work, it was simply impossible to "line up" the Kath guitar leads against the time grid in my digital audio workstation (Studio One).

While not the ACTUAL recording of Terry Kath's classic solo/lead parts, here is how I got this version done...

I started off by filtering the original track of everything but the guitar frequencies.This left TONS of artifacts and other bleed over which was inescapable and unusable. I set up a gate so that only the loudest of the sounds would break thru (still out of time to the grid). I started feeding that impulse into guitar modeling software to create a digital version. It was really raw, but allowed me to get things into the digital realm.

Once I had that, I went thru the entire Kath performance note for note. After several hundred microscopic edits over a 2 month period, I managed to recreate the "impulse of Terry" and line it up with my timing grid.

That was the easy part. Getting the articulation and appropriate dynamic attack to the individual notes was the really challenging gig.

..Still, no other instruments were present at this point. The last steps were to take the new signal and feed that into guitar modeling software to get "re-amped" using a fender stratocaster model and a variety of other effects & amp models ..wah wah, distortion ,etc. The goal wasn't to replicate -only to find something that sounded good. And of course, finally, the process of obtaining appropriate licenses and clearances from the composer/publisher prior to distribution.

Robert Lamm wrote me a recent email after an early preview to say, "What an adventure! As far as I'm concerned, the wilder the better!" That's my favorite part about Lamm's outlook on music.

He in so open minded that he can listen to ANY piece of music and continue to find new things about it. In my opinion, that's the mark of his true compositional genius.
TG

released February 28, 2015
Personnel on this track are: