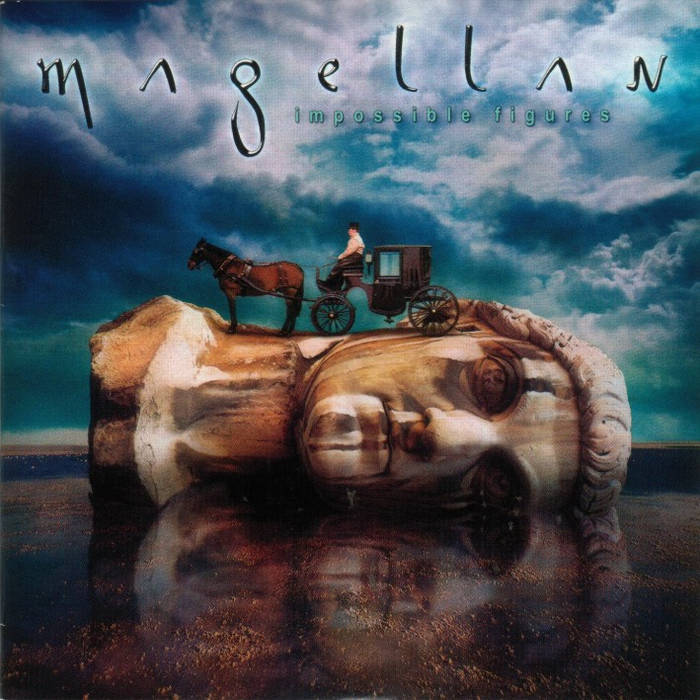 With 2003's Impossible Figures, Magellan remain one of the most died-in-the-wool and compelling prog rock bands. Given their embrace of technology -- endless layers of keyboards and drum machines -- and their insistence of the "rock" side of prog with big churning guitars and fat, muddy basslines, they are an anomaly. While they are a truly original act, their roots lie somewhere between Volume IV-period Black Sabbath, King Crimson's Larks' Tongues in Aspic and Starless and Bible Black, and Genesis' Lamb Lies Down on Broadway.

There is so much bombast in their music -- including the tympani sound from 2001: A Space Odyssey -- that helps to introduce the album's opener, "Gorilla With Pitchfork." But never has a band put this kind of symphonic rock excess to such fine use. When "Killer of Hope" commences with its distorted vocals and blazing power chords caught in riff battle with a wall of keyboards, all bets are off. There isn't anything previous about Magellan's use of volume and overdrive. Lyrically, their themes are of the classic human condition and the irony of living in the 21st century.

There are spiritual battles, emotional conflicts, sexual ambiguities, levels of battle with darkness, and more, all of it dealt with expertly and passionately. And that is the other difference between Magellan and their contemporaries: there is no academic distance between their compositions and their performance of them. Irony is black and biting, romance is lush and sincere, and struggle is paramount -- it is not detached.

There is true high conceptualism on Impossible Figures, but that is for the listener to discover, because to write about it here would only be pretentious. This is an amazing record, and one that will challenge and delight anyone who encounters it with an open mind. -THOM JUREK